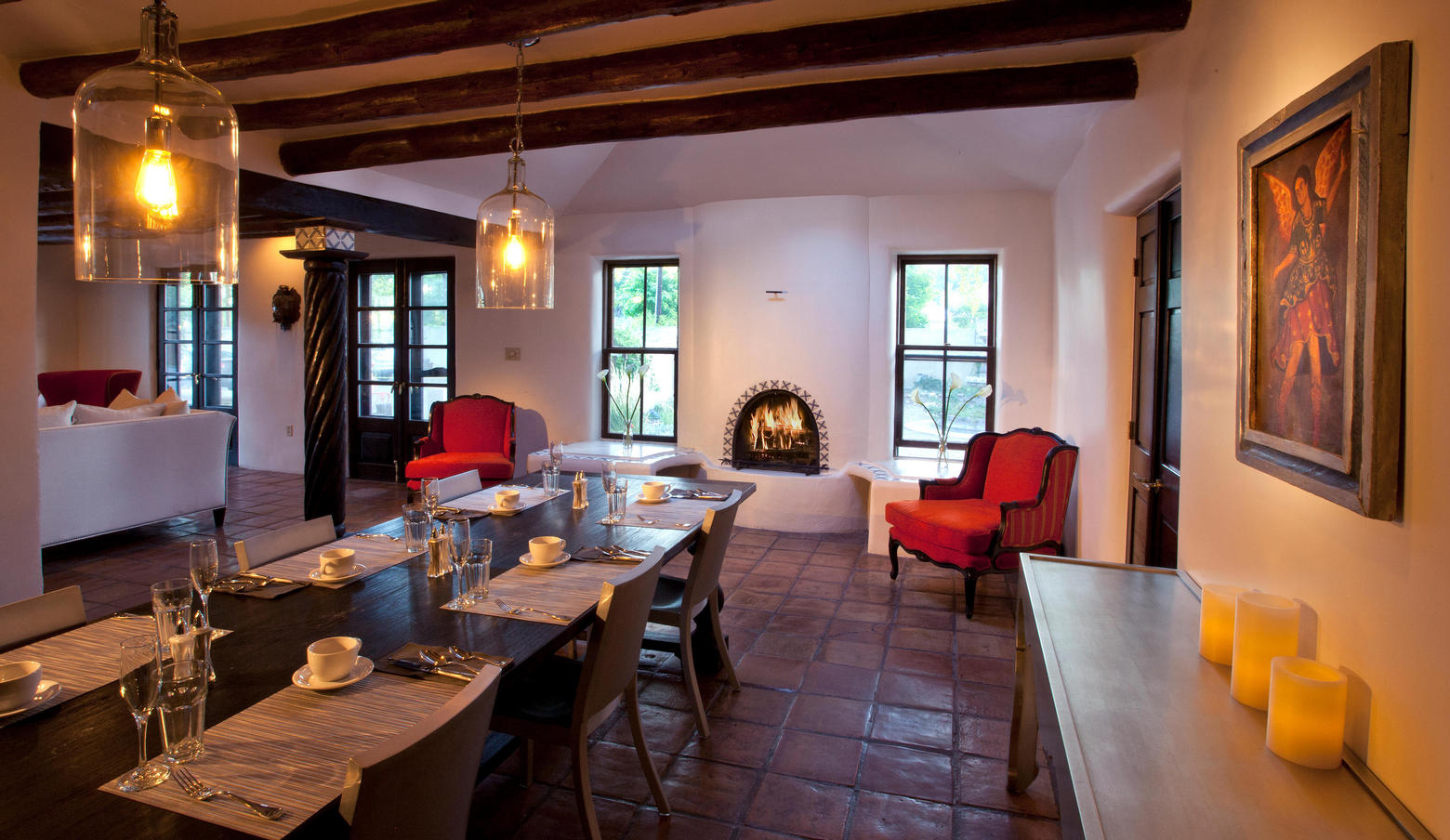 Palacio de Marquesa sits tucked under stately trees in a quiet neighborhood just blocks from Taos' plaza and major Taos attractions. It is a retreat, a sanctuary and a tribute to remarkable women artists who called Taos and Northern New Mexico home.

The Spanish-style adobe main house of Palacio de Marquesa dates to the early 20th century, but inside it boasts modern amenities and contemporary decor. 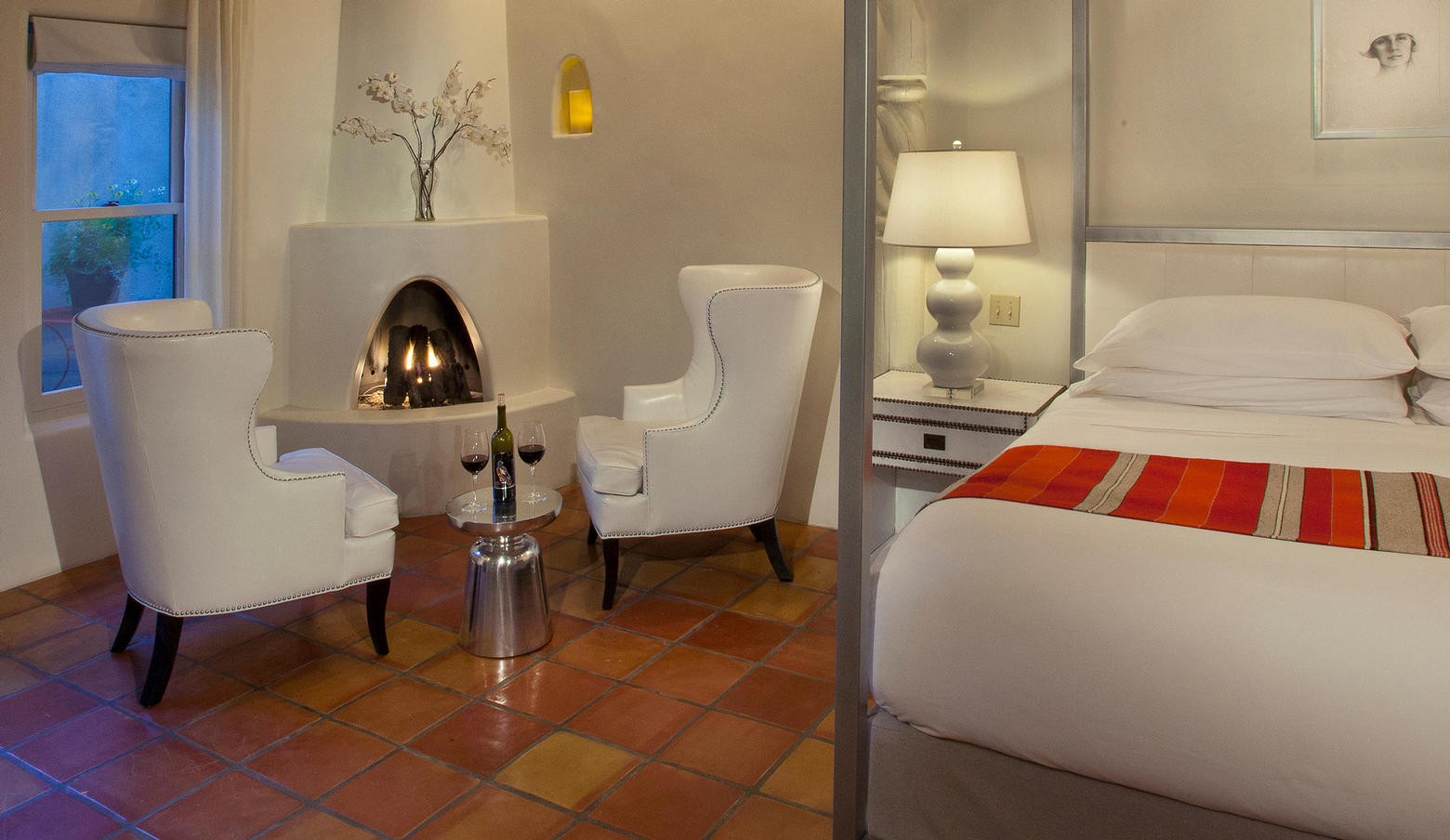 Inside you'll find sleek lines and a refined palette of silver and ivory accented with bold blues or reds designed by Adriana Long. Her designs are also seen inside Albuquerque's top club Casa Esencia, the posh Azul Ultralounge in Las Cruces. Furnishings and decor feature elements of brushed nickel, distressed leather and canopy beds are found within the rooms. Each room is a celebration of unique talent and creative leadership. Wing-backed white leather chairs settled around warm fireplaces, old-fashioned telephones and distinctive artwork give our rooms a unique look and feel in Taos. Decor elements in our rooms as well as in our community rooms were lovingly created by members of the strong and innovative artist community in the Taos area. Each of our Taos hotel rooms has a custom illustrated portrait of the remarkable woman it honors. These beautiful portraits were created by New Mexican artist Audrey Bell just for this project.